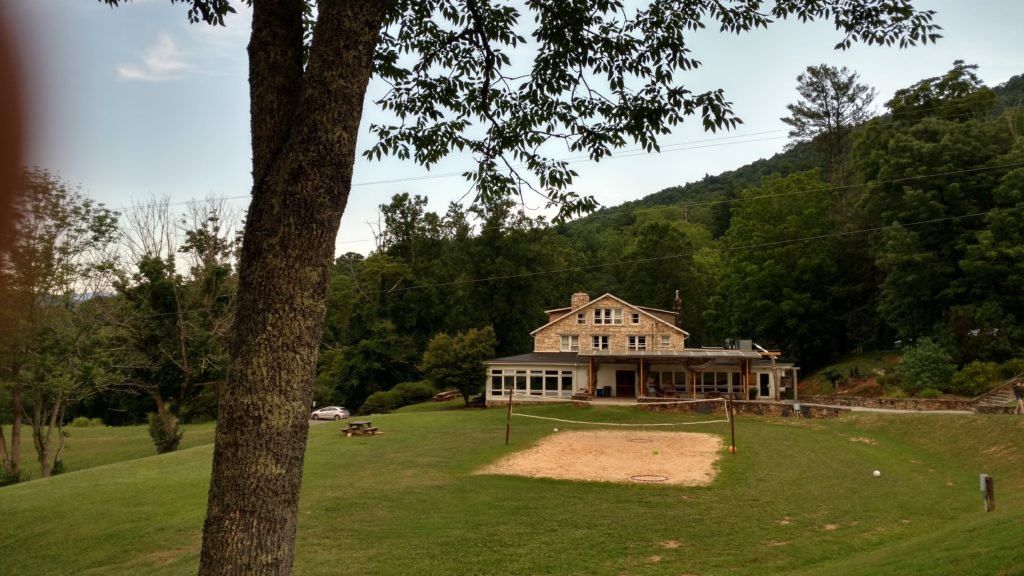 The Penland School of Crafts has been on my “wish” list for a few years now. In 2013, when I was visiting friends in Virginia, I did a 2 month ceramics course down at Manassas. Around that time, I happened to chance upon the school and the workshops it offers and instantly put it down as something I’d like to try and do someday.

Workshops are on a wide variety of mediums—glass, metal, wood, drawing, painting, clay – check out the current workshops and also future ones here.

During the last year I’ve been able to explore both jewelry making and ceramics to a greater extent with access to more resources than I had earlier. Some of the artistes I’ve been able to learn from are Edith Schneider (jewelry), Elaine Pinkernell, Linda Mau and Jamie Meador—all three being fantastic handbuilders. And then towards the beginning of the year, I was browsing and came across a link asking those interested to apply for the summer sessions that would be taking place during the June/July/August period. It was bit of a last minute (and quick) decision, but I put my application together, wrote my statement, got a couple of references and I was all set! I didn’t have anything to lose.

So I sent in a “work-study” application to try and make sure the finances worked out for me. In the first week of April, I got a letter saying I’d been accepted into the workshop to be conducted by Mark Shapiro and Sam Taylor.

You can choose your top five workshops in order of preference, but you have no idea which one you’ll get into. Though there were several I wished I could attend, I was thrilled I got into the one that’s going to be conducted by these 2 extremely experienced artists.

Fast forward, July 22nd. I flew into Atlanta, had a delicious breakfast with family there (a vermicelli upma after ages, yummy!) and then embarked on the long drive to Asheville. I made sure I took a couple of breaks enroute and drank coffee to avoid drowsiness from the red eye that I took overnight from SFO.

I was surprised by the amount of traffic on the roads—somehow I’d imagined empty country/mountain roads. But most of the drive was on a busy freeway and only when I was around 50 miles from Asheville, did I get some nice scenic views of the mountains.

In Asheville, I met up with two other students and we shared a cab that delivered us to Penland—an hour’s drive from the city.

A view of the playing field and the building on the left where I’ll be spending my time, from Pines.

Nestled in the base of the Blue Ridge mountain range of South Carolina, the location is idyllic and quite perfect. Driving in through a curvy tree-lined road, you’re not disappointed when you’re finally in front of a sign that says “Penland School of Crafts” on one side and the mountains on the other.

It’s going to require some determination to focus on matters at hand, instead of whiling away time gazing at the mountains!

The first day was just settling into the school, finding our way around and since I’m a work-study student, I started off my stay by working! And along with the rest of the folks, we also got our allocations of what we’re required to be doing over the next few weeks.

I’m looking forward to my two weeks here. For the first time, I’m in a dorm, feeling a bit like a student again. That’s going to be an experience in itself. I’m planning to try and run here, since I won’t be able to either swim or bike. Remains to be seen as to how much of it I can manage, between washing dishes and spending time learning.

I think time will fly, as it tends to do when you’re having fun and learning something new everyday. The environment seems great for creative pursuits and once the session starts, I’ll probably be traveling at around 70 mph.

Snapshot of the first couple of days

My endeavor is going to be to document my experiences over the next few weeks. I hope this will help anyone who is considering doing similar workshops (in Penland or even other schools), going away for a while, or wants to pursue something off-the-beaten-path. I also have another motive—to get over my current writer’s block. A combination of laziness and not being able to express myself lately has meant that I’m not writing as much as I’d like to. Writing is therapeutic for me. Good conversations are few and far in between-unless I meet people who are on the same wavelength—in which case I love talking (though it’s quite rare, I must admit). But when I’m writing I tend to be more generous and (sometimes) go overboard with words.